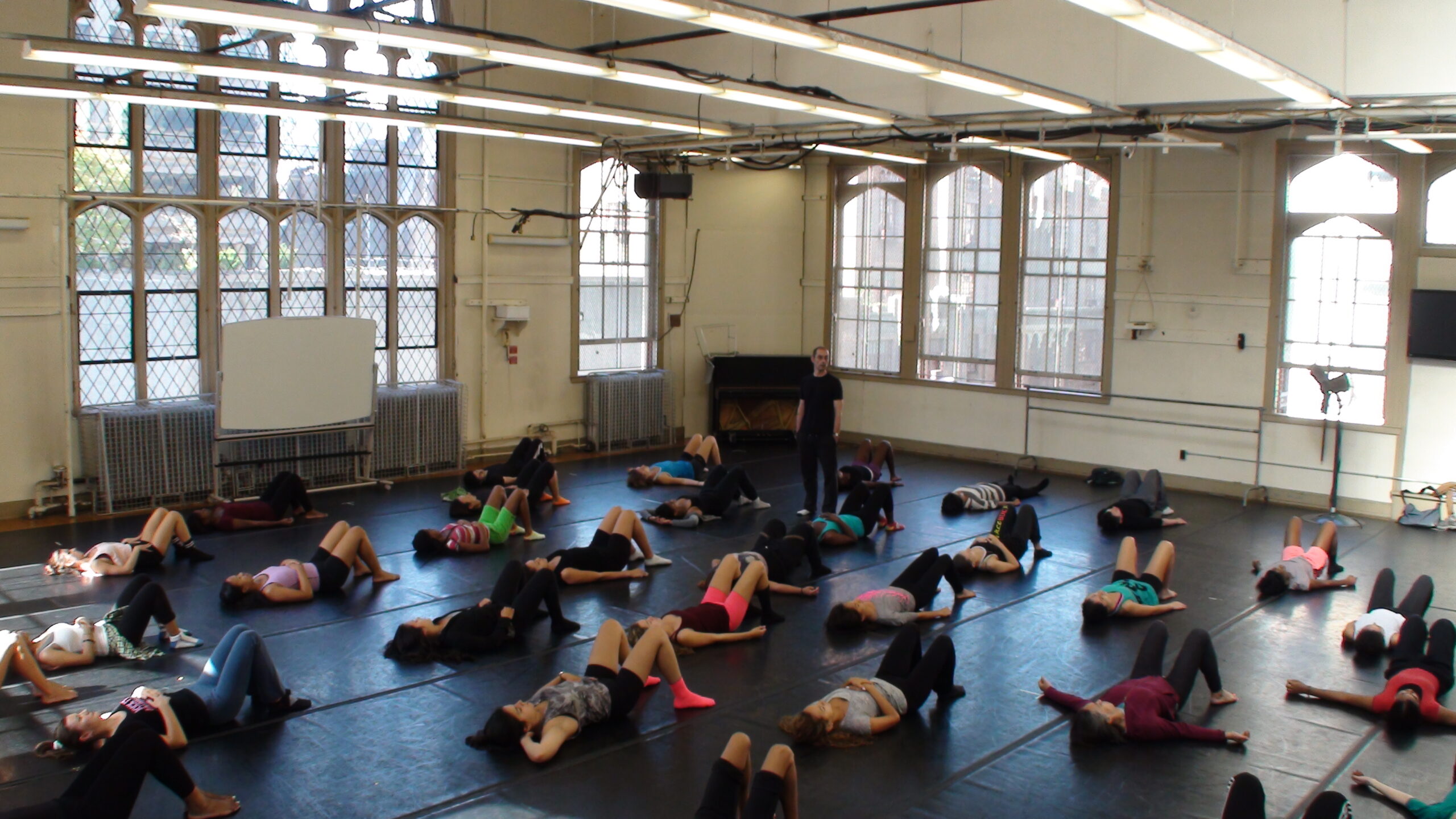 In this workshop we will explore how The Feldenkrais Method, “a powerful and revolutionary approach that uses gentle, mindful movement to bring new awareness and possibility”, can support facilitating Yoga-Asana practice. We will look at the small movements that are the building blocks for the larger movements of flexion and extension of the spine, often seen in Yoga postures. We will look at considering any missed steps or places of access that individuals are not utilizing, or are skipping, when practicing a posture. This can create a greater level of efficiency, and thus preservation. Another aspect of the workshop is gaining an understanding of what our individual movement preferences, or habits, are, by being given options or choices within a specific form; while actively questioning what pathways we sequence through, and how we perform movement in terms of effort or quality.

Vincent Cacialano holds a BFA and MFA, and is a Registered Yoga Teacher with Yoga Alliance and Yoga Alliance Professionals; specializing in Hatha Yoga and the Sivananda- Rishikesh-Sequence. He was a George Washington University Fellow, and a founding member of Magpie Music Dance Company. Through his affiliation with Magpie and Katie Duck, he has performed with renowned artists such as Steve Paxton, Nancy Stark Smith, Miguel Gutierrez and Kirstie Simpson. He has danced for award winning choreographers in: The Netherlands – Katrina Brown; Germany- Thomas Lehman; Italy- Company Blu; The U.S.- Susan Rethorst. His work has been shown in North and South America, Asia and Europe, supported by The Heinz Endowment, The Podium Kunst, The National Endowment for the Arts, and Arts Council England. Previously, a tenured lecturer at The Amsterdam University of Art and Manchester Metropolitan University, currently he works as a guest artist at several institutions, recently ASU and Dance East. He is a member of the Editorial Board of The Journal of Dance and Somatic Practices.

Alan McDermott trained at the Feldenkrais International Training Centre in the U.K from 2003-2007, He previously attended The School For New Dance Development in Amsterdam from 1994-1996 where his studies included the skeletal/joint system, movement quality, release technique and composition, earning a Dutch postgraduate diploma in Higher Professional Education. He has taught Movement Research  and the Feldenkrais Method in The Netherlands, Italy and the U.K. From 2008 – 2015 Alan taught as an associate lecturer in the Department of Contemporary Arts at Manchester Metropolitan University and practiced in the Health, Exercise and Active Living Clinic in the Department of Exercise and Sport Science from 2015 to 2016. He is a listed teacher with the  Feldenkrais Guild U.K.

“If you know what you’re doing, you can do what you want.”
– Moshe Feldenkrais

“Everyone evolves according to his or her own nature. Because each body and mind is unique, each person’s natural physical and mental response to yoga practice is different.”
– Ram Jain, Kalyani Hauswirth- Jaan